What's in a NALP? 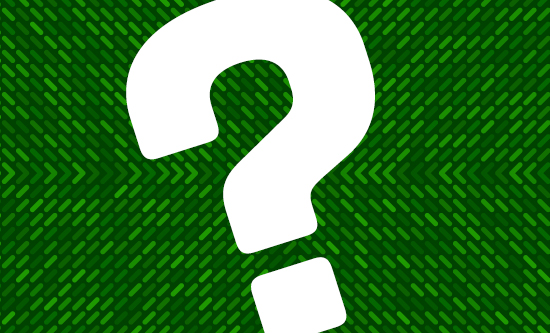 In the latest issue of PLANET News the recently re-named National Association of Landscape Professionals unveiled its new name and brand identity.

According to the association, this was the result of a “slow, deliberate, and well-thought-out process that involved members, customers and suppliers.”

The new look is a welcome one and signals change for the organization responsible for advocating for the green industry and educating its members in the US. The new look is clean, green and has strong geometric patterns – just like a well-manicured lawn. For an association that wants to “get the right kind of education to [their] members, get the right message to lawmakers and government agencies and continue to improve public perception of [this] industry,” I think this is an appropriate redesign that offers credibility and pride of association. It might lean a little far on the sterile side of things, however, looking more like a bank or law firm than a group of creative pros known for their design savvy and care of natural spaces.

“The old logo was pretty painful, with its road swoosh, sky gradient, and unfortunate wordmark. The new logo is quite great, with a beautiful geometric icon that looks like a technical drawing of grass on a landscaping plan. And it turns into a great pattern. The typography is a little futuristic for my taste but it works. Go landscapers!”

But while the new graphic identity is an improvement, I can’t say the same of the name. In moving from PLANET to National Association of Landscape Professionals the brand strategists totally disregarded one of the major criteria for naming: syllable count. In their seminal work on positioning (book by the same name), Jack Trout and Al Ries point out the effects of something called phonetic shorthand on brand names. People are efficient beings and are relentless in finding ways to reduce the number of syllables they are required to pronounce. This is why in conversation San Francisco becomes San Fran and Toronto shortens to T.O. but New York is still referred to as New York. Many organizations have made the mistake of creating too long of a name only to have it shortened (anyone want to “Federal Express” that package for me?) abbreviated to an acronym (MADD: Mothers against Drunk Drivers) or worse reduced to an initialism (KFC anyone?).

It’s worth pointing out the difference between acronyms and initialisms. An acronym is a word made up of one or more of the initial letters of each word in a longer phrase or name. eg: NATO (North Atlantic Treaty Organization), RADAR (radio detecting and ranging) or PLANET (Professional Landcare network). Initialisms on the other hand are the result when the series of first letters do not make a word. Eg: GE, RCA, IBM, KFC. While acronyms are pronounced as a word initialisms are pronounced letter by letter…

The acronym can be very powerful naming convention. Initialisms on the other hand are the weakest. Trout and Ries warn of the inability of initialisms to connect emotionally with consumers. The most striking thing they show is that on the list of Fortune 500 companies the organizations with good strong brand names always outperform their competitors named with initialisms. Acronyms (like NASA and OPEC) outperform initialisms precisely because an acronym is a word which can have meaning attached to it over time. Initialisms tend to remain meaningless. And of course it’s easier to remember a word than a complex series of individual letters.

I can’t imagine that NALP was not aware of this phenomenon but they promote the use of the initials and guide us within the very first line of their announcement that the new name is to be pronounced N-A-L-P. Going from 15 syllables to four is certainly an improvement in efficiency, but it still doesn’t beat the previous word PLANET in syllable count (only two) or meaning (what is an N-A-L-P?)

At this point I suggest that the fine folks at the National Association of Landscape Professionals prepare to be called NALP, pronounced as a word. This is likely the name that staff and members will create for them on their own. Here’s hoping that over time NALP doesn’t fade into obscurity but rather becomes the new word that stands for everything the association hopes to accomplish.